In Rainbow Ukulele Book 1, the pupil plays open string melodies to start with. Fretted notes are added one by one until the pupil knows an octave of natural notes from C to C. In Book 2, the sharps and flats are added, and the pupil learns to fret higher up the neck (as far as high F note at the 8th fret).

Here is a fingerboard graphic which is frequently used in Book 2 as a neat way of reminding the pupil of the notes learned. The first version, from the start of the book, shows the notes already learned in Book 1: 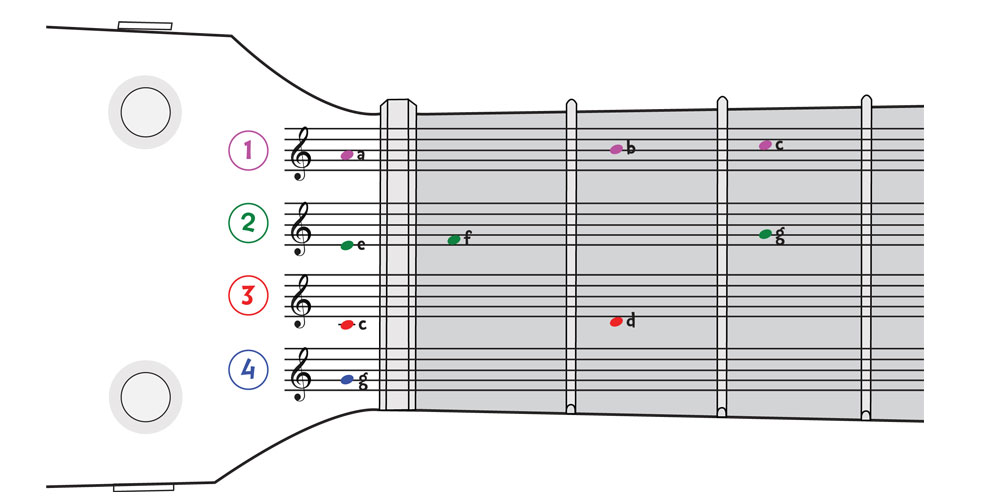 and by the end of Book 2 the blanks are filled in and the range is extended: 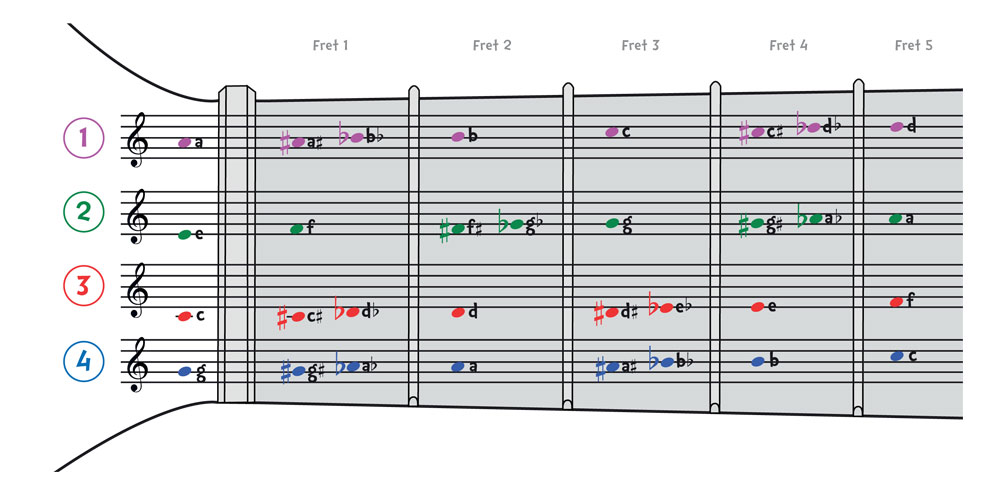